Read the entire page – 15 minutes.
Scroll down to “Join Us.”

Welcome to ‘Your PiC Chat!’
Membership is Required

It takes less than 60 seconds to become an expert.

Review our exciting topics under Groups.

Join a community under Forums.

Introduce yourself. Meet new friends under Live Chat and Video.

The following categories are available at ‘Your PiC Chat.’

Lead your own Group!

Welcome to Your PiC Chat!

Trumpsters love to have “fun in the sun”

A Trumpster is a YUUGE and WILDLY passionate advocate of President Donald J. Trump, his family, and friends. We are proud and very happy Deplorables!

Progressive Liberals suck the fun out of life. Unhappily, intolerance is a contagious vice which preys upon those afflicted with ‘Trump Derangement Syndrome’ TDS. They continue to slide deeper and deeper into the abyss.

Lord Trump is our knight in shining armor – the bright light emerging out of darkness and despair. He is our only hope.

We are the Rebel Alliance (Trumpsters) fighting against the evil Galactic Warrior Empire (Global Establishment) and their Stormtroopers (drones).

Download available for public use. Fair use and educational purposes. Help us spread the word about the global freedom movement. 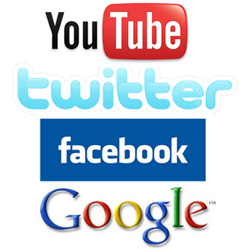 “It is truly terrifying when you think of the speed with which totally malicious rumors and lies can be spread now without anybody’s knowledge.”

The Media in Western Civilization has not Advanced in its Role of Accurately and Fairly reporting the News.

They censor and filter information that sometimes carries terrible consequences. Explosions in a city that kill thousands are not reported for days, sometimes weeks. Cities and villages attacked by warlords or government militias could be prevented if the media and named, verifiable, not anonymous sources, were held responsible.

In another context, a miracle drug to cure and treat patients is not distributed in time to inform afflicted patients in other parts of the world. Today, we have the technology to fix this as long as governments don’t marginalize the Internet.

Due to misinformation, regular contributors ranging from one to millions are replacing conventional media sources. Most people in the world carry a modern cell phone with options such as camera and video capabilities. If just one person has access to the Internet and their videos are posted on a reliable social networking platform, millions can quickly obtain local news and information.

Unfortunately, YouTube restricts content and Google search engines, which owns YouTube, has not developed an efficient distribution network. In fact, they restrict conservative and other content that doesn’t meet their algorithms or rather, subjective moderators. By design, a close affinity exists between mainstream media, oligopolies, and governments – all deeply entrenched establishments.

We have the Technology to Fix Distribution Networks 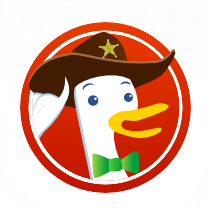 A newcomer for conducting a basically unfiltered search on the Internet is DuckDuckGo.com.

Actually, it was founded in 2008 but no one knows about them. DuckDuckGo is an Internet search engine that protects searchers’ privacy.

Today, it is no secret especially among Pro-Trump supporters that social media networks reign in their fiefdoms acting as feudal warlords. They censor free speech. For example, Facebook does not permit any promotions or paid advertisements to Pro-Trump websites while eagerly promoting online gaming sites that portray extreme violence without blushing.

People can wear rebellious communist T-shirts but half the country can’t wear MAGA attire or wave flags on the streets, especially California. They get humiliated and sometimes beaten up. Ridiculous!

Is fake news being spread through social media as part of an information war? Are political operatives publishing disinformation to smear the opposition while selfishly promoting their own agendas? Who creates fake news, how does it spread, and can it be stopped? The True Story of Fake News: How Mainstream Media Manipulates Millions

Honestly, it seems like a regression in human evolutionary development while technology is pushing us forward whether we like it or not.

Something must be done (today, not tomorrow) to confront and challenge the feudal warlords and vassals.

Miguel is involved in a wide variety of activities. He separates them into two categories: hobbies and companies. The hobbies (ROP – return on passion) and companies (ROI – return on investment) are self-funded along with your gracious support.

A team of exceptional stakeholders and consultants aligned with Miguel remain persistent in the universe to make a big-league difference.

On a tight budget, please share our websites, blog articles, and any products or services we sell.

The companies are listed in ‘Your Pic Chat’ but fully explained at Cosmic Matters.

In various stages of development, this is Miguel’s road-map for this lifetime. 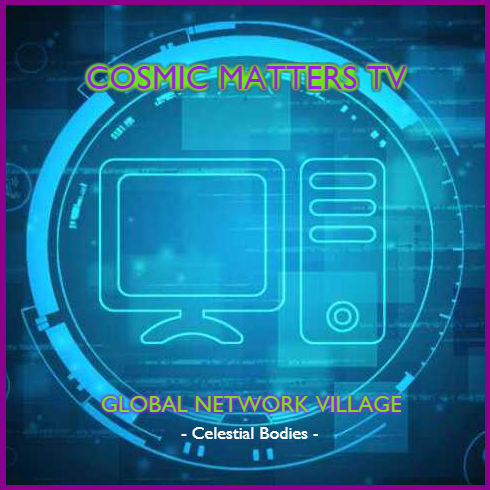 Twitter, Facebook, and YouTube have become frustrating experiences. They filter, suspend or terminate accounts. They hunt people down if links are clicked to political content. At the same time – and we have proof – search engines such as Google penalize websites that they don’t like.

We’re talking about constructive discussions and not about conversations that are inappropriate. Content must be suitable for viewing by children in all countries.

As citizen journalists, let’s play an active role in the collection and distribution of news and information. Primary sources such as using a smartphone to report directly trumps over globs of fake news conglomerates doing their best to influence our thoughts with their two cents worth of opinion.

Citizen journalists or anyone with a smart phone publishing on Instagram have turned the celebrity spotlight upside down.

Do you see a topic that interests you? Jump in! You can read, participate, and even create your own group at ‘Your PiC Chat.’

What is your “Sphere of Engagement?”

‘Your PiC Chat contains “Groups,” “Forums,” and chat with live video options, according to your desired “Sphere of Engagement.”

Most articles are published on other blogs. The most popular articles are copied to this social media platform for discussion.

If you prefer to focus on one or two exciting topics, each blog has its own Comment Box for posting comments at the bottom of each article. Join a discussion! 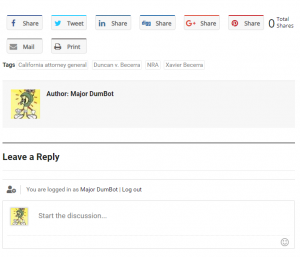 ‘Your PiC Chat’ is a social media platform and an Internet media production outlet devoted to publishing and distributing opinions linked to reputable sources.

Anyone who posts on this social media platform is responsible for their own content.

PiC writes editorials and aggregates the news. We accept editorial content from internal and external sources.

This is an amateur website. All of our projects, blogs, and websites are subject to revisions and improvements as time permits.

Our primary purpose is to disseminate the flow of information. Help us spread the word about the global freedom movement. Let’s do this together.

Your membership co-sponsors coverage of global events that popular news outlets do not adequately cover.

Our activities include news reporting, production, and sponsorship of mini-documentaries to highlight controversial political, economic and social topics that are distorted by mainstream media.

Our activities include building alliances, improving our lives and promoting healthy lifestyles.

‘Your PiC Chat’ does not directly solicit contributions nor directly contribute to any political entity. It is accomplished entirely by third parties. Discretion advised.

What is your
“Sphere of Engagement?”

Say howdy! There is no good excuse for hiding like a hermit. Get online. Connect and meet your new pals. Hang out with us!

If you have no friends,
find them here.

As we grow, let’s meet in public venues. Have “fun in the sun” with us.

Hang out with like-minded people who share common values.

Like-minded people from all over the world are welcomed to join us.

It’s completely up to you.